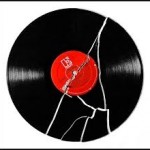 Pick your favorite sport and you’ll find a record fellow athletes strive to break.  For example in baseball, Cal Ripken Jr’s streak of 2,362 consecutive games played is the most in major league baseball history.  And the NHL’s Wayne Gretzky had 1,963 career assists, which equals more total points than any other player has accumulated in the history of the game.  And for swimmers, Michael Phelps makes this list for winning 14 Gold Medals at the 2012 Olympic Games.  As great as these accomplishments are; broken records are only good in sports.

In sports, records are meant to be broken because they push athletes to the next level of greatness.  But for leaders, it can be easy to fall into a trap.  Instead of pushing beyond our limits (like athletes), we can sometimes sound like a negative broken record to our team.

So how can leaders avoid the trap?  Consider these warning signs.

I mean well but lack follow-through
How often does your team hear, “I’ll look into that,” or “I’ll take care of that,” yet you sometimes don’t follow through.  Great intentions are present but discipline is lacking on the follow-through to commitments.  This trap sneaks up on us.  In the heat of a busy day we say yes to a request but become distracted with an emergency and forget the promise made to others.  The result?  You fail to meet commitments and over time sound like a broken record the team.  One solution:  While there are many ways to be organized (and you need a system that works for you), one of the best is to ensure verbal promises made get captured in some way in writing – an email follow up, text, voicemail. You name it. A system will help your follow-through.

We keep fixing the same problems over and over again
Every team faces issues that need resolved.  However, when issues continue to recur the team becomes fatigued.  How does this happen?  We often lack the discipline to solve the root causes of problems and instead, address only a portion of the problem.  And too often those partial fixes create “band aids” or short-term solutions which mean the problem will resurface again in the future.  What is worse is the team tires of talking about the same issues over and over again.  That repetition is the broken record.  One solution:  Communicate if a solution is short or long term and for those short-term ideas, be clear if/how any follow will continue.

My team knows what to expect…and not in the good way
We all know there is no such thing as perfection – for both leaders and employees.  However, it’s a great goal to pursue.  The negative expectation this trap reveals links to our negative habits.  For example, do you often provide updates to the team at the last minute that forces them to scramble?  Or are you unpredictable in demeanor so the team has to guess at “which you” they get that day – understanding you, critical you, etc.  That guessing game is never fun.  One solution:  Ask the team feedback on the #1 thing they need more of from you.  Focus on that one and you’ll find success and your team will notice the difference.

So, if you are still interested in setting records,  consider this:  how can we wow customers in a way no one else does?  Now that’s a record worthy of an athlete’s challenge.

We’d love to keep in touch with you. To join the OI community, simply click here!